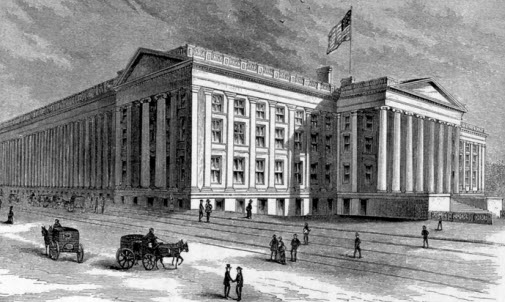 The Russell 2000 small cap index (NYSEARCA:IWM) just made a new all-time high, but stocks aren’t the only thing topping. U.S. public debt is at record levels too and heading higher.

The public’s total debt load will continue to climb, thanks to the suspension of the U.S. government’s borrowing limit until March 16, 2015. At the current pace of overspending, U.S. debt should top $18 trillion within nine months.

Despite the bull market in rising debt, the bond market has yet to panic because yields have fallen. The yield on 10-year Treasuries (ChicagoOptions:^TNX) has calmly declined almost 12.6% since the start of the year and yields are hovering around 2.69%. Likewise, the yield on 30-year Treasuries (ChicagoOptions:^TYX) has quietly moved lower around 9% toward a yield of 3.62%. Treasuries, at least for now, have been the temporary beneficiary of capital fleeing away from emerging markets and other “risk on” assets.

The 12-month trailing yield for the Vanguard Total Bond Market ETF (NYSEARCA:BND), which holds almost half its fixed income exposure to U.S. government debt is at 2.49%.

Since 2007, total federal debt has almost doubled from just under $9 trillion.