Speculation in financial markets carries a hugely negative connotation. For the broader economy, speculation, especially by Wall Street’s heavy hitters that control trillions of dollars in leveraged contracts, poses systemic threats.  For the individual investor, speculation poses the risk of large losses that may never be recuperated. In both cases, the predictable advice by financial experts is that speculation is bad and should always be avoided. But is that really so? Is financial speculation bad all the time?

The dogmatic and populist view that people should not engage in financial speculation whatsoever is just that – cynical, dogmatic, and one dimensional. It omits the fact that speculation, on rare occasions, can result in a huge financial payoff. Can we think of any examples?

People, for instance, that bought Bitcoin five years ago near $125 per coin and held it to now have a 5,000% paper profit. And that incredible return is even after Bitcoin’s almost 70% crash from December 2017 to now. Even if Bitcoin (BTC) was to fall 95% from its all time high, these speculators would still have an almost 800% return on their capital in just five years. For perspective on how good that is, the SPDR S&P 500 ETF (NYSEARCA:SPY) has gained just 307% over the past 20-years.  It’s suffice to say this disproves the false argument that speculation isn’t a worthwhile exercise.

The wonderful results for some speculators doesn’t negate the high failure rate. Far too often, financial speculation is a losing proposition for most people.  Whether it’s betting money on a promising start-up, lottery tickets, a can’t miss I.P.O., or a mutual fund with a great historical track record, the final result of most speculation is financial pain.

With this in mind, let’s build a framework for financial speculation that provides people with opportunity while minimizing catastrophic losses. We’ll call it the “4 Rules for Financial Speculators.” 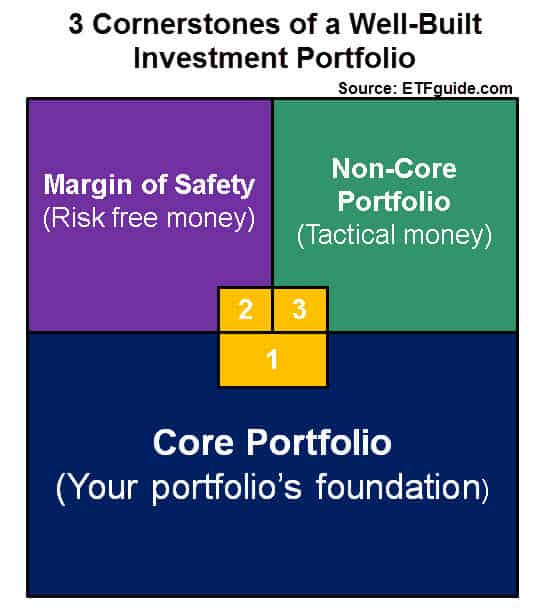 “Speculation is an effort, probably unsuccessful, to turn a little money into a lot,” wrote Fred Schwed Jr. in his classic Where are the Customers’ Yachts. In contrast, “Investment is an effort, which should be successful, to prevent a lot of money from becoming a little.” In monetary terms, if you’re trying to turn $1,000 into $25,000 in the course of a year, you’re speculating. On the other hand, if you’re trying to get a $1,000 return on your $25,000 by purchasing laddered bonds, you’re investing. The odds of success in the first endeavor is approximately 25-to-1 (low) whereas the second one is roughly 1-to-25 (high).

Speculate with money you can afford to lose.
No matter how you cut it, the odds of speculative success – regardless of the asset type or asset class – are stacked against you. The rough translation is this: the odds of you losing your capital are both high and probable.

Yet, the danger of financial speculation is not simply losing money – it’s much bigger than that. The perilous threat is losing money you cannot afford to lose. And that’s the trap that many people fall into, especially degenerate gamblers who try to bet themselves out of bankruptcy. Bottom line: Speculating with money you can’t afford to lose is a great formula for poverty.

If speculating for profits is your main (and only) goal, you’re doing it wrong.
The sad and singular goal for some individuals is to secure wealth through financial speculation. For example, certain people conclude they’ll never accumulate wealth by saving and investing money the old-fashion way. They want quick profits. So whatever little money they have, they spend by gambling on lottery tickets or other speculative ventures instead. Financial professionals are not immune to this syndrome.

Wall Street’s trading desks are littered with algorithms designed to capitalize on short-term movements in the stock market. In extreme market conditions, most programs will self-implode. In friendly market conditions, most programs won’t beat a diversified equity index fund or ETF. And while the traders and programmers behind these trading systems argue they’ve created risk controlled programs that increase the odds of speculative success, they fail on at least one level; their singular goal is to gain money through speculation. And over the long-run, their one-dimensional goal of gaining speculative profits fails, not because they’re dumb, but because the math is stacked against them.

If you’re going to speculate, only and always do it inside your non-core portfolio.
The proper and only context for financial speculation is within a person’s non-core investment portfolio. As we teach in our online classes, this is one of three containers (see image “3 Cornerstones of a Well-Built Portfolio) within a person’s total portfolio. Unlike the other containers, the non-core portfolio is allowed to be tactical and even speculative with its approach. That means it can invest with leverage, it can go short the market, or it can invest in un-diversified highly concentrated or speculative assets. Simply put, it’s OK to speculate inside your non-core portfolio! Why? Because it’s all about context.

Think about it this way: If a gamble within a person’s non-core portfolio doesn’t work out, the worst that can happen is they’ll lose money. The silver lining, if there is one, is that losses from financial speculation were contained to the non-core portfolio!

Contrast this with the person that makes the fundamental mistake of speculating with their entire portfolio. When they lose money, and the probability is high, their losses are totally un-contained. In warfare, when you get killed, there’s no tomorrow. And the same outcome awaits those who don’t abide by the rule of keeping financial speculation limited to their non-core portfolio.