Bitcoin and the Road to Obsolescence

Napoleon Bonaparte once quipped that fame and glory is fleeting but obscurity is forever. As it turns out, that’s a fitting description of bitcoin’s illustrious past and probable future.

Besides wild price swings, government bans, massive security breaches, and fraud, the $8 billion bitcoin market’s latest hurdle is something nobody (except for Marc Rich) can escape: taxes.

The latest IRS ruling that now taxes bitcoins as property and not currency is significant. It means that virtual bitcoin miners are forced to include the fair market value of all their bitcoins as gross income on the date of receipt. This is exactly the kind of adverse tax ruling that nobody in the bitcoin religion, especially Andreessen Horowitz, wanted to see. Remember all the crazies who were spending $17 million a day for a shot at mining $4 million worth of bitcoins? Ouch.

Furthermore, the IRS ruling will drastically reduce the volume of bitcoin transactions because now bitcoin holders will have to calculate potential capital gains when they use bitcoin to buy something. For example, buying a $100,000 Tesla with bitcoins bought for $50,000 would trigger a tax bill of $50,000 in capital gains for the car buyer and $100,000 of gross income for the car seller.

Bitcoin taxed as property versus currency, essentially means similar taxation as stocks. Bitcoins held for more than a year are taxed at a maximum capital gains rate of 23.8% compared to the much higher 43.4% top rate for short-term gains. Of course, most people playing the bitcoin lottery face losses.

When bitcoin was trading above $1,000 toward the end of 2013, I told listeners of my podcast and ETFguide readers that bitcoin’s plan to overtake traditional currencies like the dollar (NYSEARCA:UUP), yen (NYSEARCA:FXY), euro (NYSEARCA:FXE), and pound (NYSEARCA:FXB) was terrific hype. Since then, bitcoin prices have crashed more than 50%.

Via ETFguide’s investing video channel, I recently caught up with Cullen Roche, Founder Orcam Financial Group and the Pragmatic Capitalism blog. He offers up another perspective on the future of bitcoin. 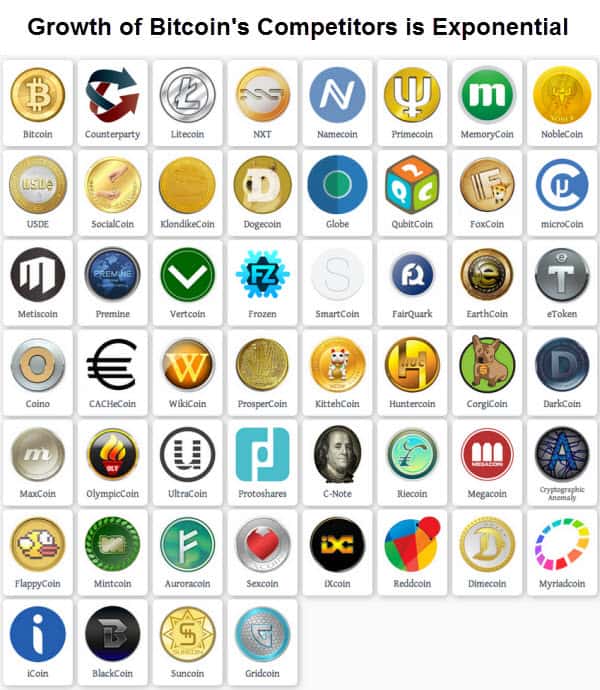 What about the argument that bitcoin is a threat to the traditional banking system (NYSEARCA:KBE)?

“The two main threats that Bitcoin poses to banks are disintermediation and competition over transaction fees. For disintermediation, widespread bank insolvency and/or deposit taxes and levies could drive customers to use Bitcoin in lieu of traditional bank deposits. In the case of transaction fees, if Bitcoin transaction fees are consistently lower than existing fees, banks may see increased competition in this space. We do not regard either of these threats as real, given Bitcoin’s limited viability as a currency.”

Bitcoin advocates correctly argue that credit-card transactions are too costly. A merchant will pay a 2%-3% transaction fee per sale with credit and those costs are frequently passed on to customers. But bitcoin isn’t the solution. Here’s why: Bitcoin adopters can lose 50% to 100% of their money from price volatility, lack of security, and fraud. Losing most of or all of your money for the potential savings of 2%-3% on a payment transactions isn’t a good risk/reward ratio.

And now here’s what I think is one of the greatest paradoxes about bitcoin: It’s growth into an $8 billion marketplace is fueling the even faster expansion of competing technologies seeking to dethrone it. In fact, the sheer number of bitcoin competitors and alternatives grows by the week (See graphic above), here are just a few: