The financial services industry’s bias toward long-term investing as the magic formula to the problems that face the individual investor is wrong and misleading.

For example, illustrating unrealistic long-term time horizons of 100 or 200 years of equity returns (NYSEARCA:VTI) to prove that we should all be long-term investors is a common practice among both academicians and the financial advisor community. They’ve taken Warren Buffett’s 1988 quip ” our favorite holding period is forever” to bold extremes.

The problem with the buy-and-hold forever argument (NYSEARCA:BND) is that it’s completely irrelevant to you and me because our current life span’s are not 100 or 200 years and neither is our investment time horizon.

In my video “Does Long-Term Investing Guarantee Success” I challenged the populist notion that long-term investing (NYSEARCA:IAU) will somehow guarantee or improve your results. I specifically showed that no time frame – even a long one – is the cure-all for an investor with a misaligned or poorly constructed investment portfolio. To say a 30, 40, or 50-year time horizon will miraculously fix a broken portfolio is naive.

Gents with No Cents proved the uncertainty of long-term investing with a strange but real life story that will knock your socks off:

“Meet Jeanne Louise Calment. She was born in Arles, France, on February 21, 1875. By the time she was 90 years old, in 1965, she figured it was time to cash in and retire. So Calment agreed to sell her apartment to her lawyer Francois Raffray. For Raffray, who was just 47 years old, it was an ideal long-term investment and one that would surely be profitable. He agreed to pay Calment monthly installments until she died. Like 99.9% of long-term investors, Raffray was already analyzing, projecting, and reanalyzing his unearned winnings, because time was on his side. 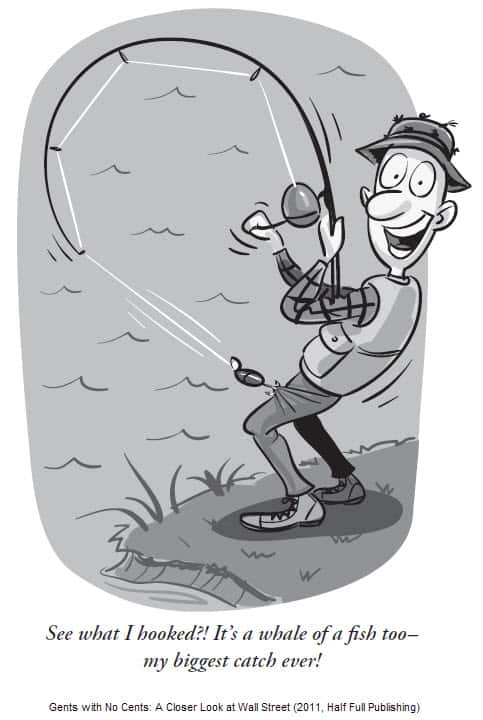 Ten years blew by, 1975 arrived and Calment was still alive. And Raffray was forced to keep paying her. His long-term investment had yet to pay off, but soon it would. Meanwhile, he kept analyzing, projecting, and reanalyzing his future gains. Eventually, the year 1985 arrived, and to everyone’s great marvel (except Raffray’s), Calment wasn’t just alive, but she was doing all of the things that 110-year-old people aren’t supposed to do. She was fencing, cooking, and bicycling. And Raffray kept paying. But soon, according to his long-term projections, he would be vindicated!

When another decade passed and 1995 arrived, Calment was still alive, defying mortality statistics and snubbing the grim reaper. Then the long-term investing game suddenly came to its screeching finality. Raffray died of cancer at age 77, leaving his widow with an unlucky inheritance: the responsibility of paying Calment another twenty months before her death on August 4, 1997.

Raffray’s real life experience is a textbook example that no amount of long-term planning can compensate for an errant investment bought in the wrong year at the wrong price or from the wrong someone. Running into the incorrect long-term period or person can end badly. Then again, if you’re fortunate to live long enough to the overripe age of 122, like Calment, you might have plenty of time to recover from your mistakes. But even so, I strongly caution you to be very careful about the long-term investment decisions made between ages 115 to 121.”

John Maynard Keynes famously said, “In the long-run we’re all dead.” Keynes correctly acknowledged that long-term planning has its limits.

Ultimately, long-term investing like all investing is fraught with uncertainty. Waiting a few decades for your investments to produce gains certainly puts the odds in your favor, but it hardly guarantees a pleasant outcome.

In the end, more time is not necessarily the magic potion for dealing with market risk (ChicagoOptions:^VIX), repairing ill-timed investment decisions, fixing bad habits, or otherwise healing a person’s self-destructive tendencies. Radical intervention, not more time, is often the solution.

PrevPreviousShould You Make Portfolio Decisions Based Upon Historical Correlations?
NextPortfolio Talk: Grading a $381,000 Investment Plan for Z.K. in MNNext