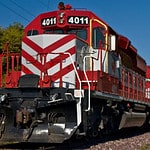 In July, the Congressional Budget Office (CBO) reported that federal debt held by the public skyrocketed to 75% of U.S.