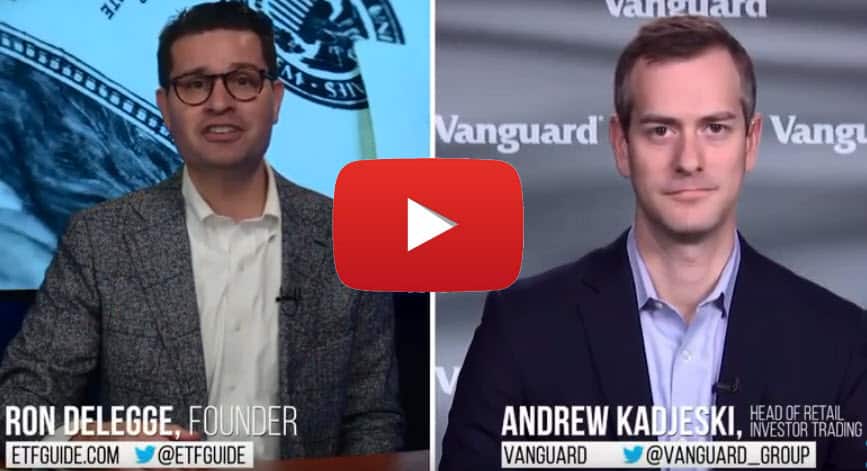 3 ETFs in Your Portfolio: Is it Enough?

This is an excerpt from the video titled Is a 3 ETF Portfolio Enough? with Ron DeLegge at ETFguide and Andrew Kadjeski at the Vanguard Group.

Ron: The U.S. ETF Marketplace has grown to just over 2,350 ETFs with $4.4 trillion dollars. And with a marketplace that’s become this crowded, it’s created both chaos and opportunity. Here to help us sort through it is Andrew Kadjeski, Head of Retail Investor Trading at the vanguard Group.

Andrew: Thanks for having me.

Ron:  Let’s begin with the 2010s decade, which is officially in the history books! It was marked by a sustained uptrend in stocks. It was also a busy decade for ETF issuers. Altogether, almost 2,400 ETPs were launched during the 2010s. Looking ahead to the 2020s, which areas of the securities market are places where ETFs have yet to make inroads and places where we might see more new funds?

Andrew: So while they’re still in their infancy compared to their equity counterparts its fixed income ETFs where we actually see a ton of potential for growth as we enter the new decade the number one reason for this is the growth that we have seen and will continue to see in the broader fixed income indexing space. For just some broader perspective there’s over a hundred trillion dollars in the global fixed income universe but just one percent so one trillion of those dollars are actually in indexing strategies so lots of untapped potential when it comes to the mutual fund in ETF landscape we’ve already seen growth in this space though both in the broader fixed income indexing space and and also fixed income ETFs.

Ron: As you know, U.S. listed ETFs have amassed over $4 and a half trillion dollars and the bulk of that money is linked to index-focused ETFs. And it appears that many investors are using index ETFs as building blocks for the foundation of their investments. But what about actively managed funds? Are there situations where it might make sense for an investor to add an active strategy to their investments with the purpose of complimenting those core index ETF holdings?

To watch the full interview of Is a 3 ETF Portfolio Enough?, visit ETFguide’s YouTube channel for more.