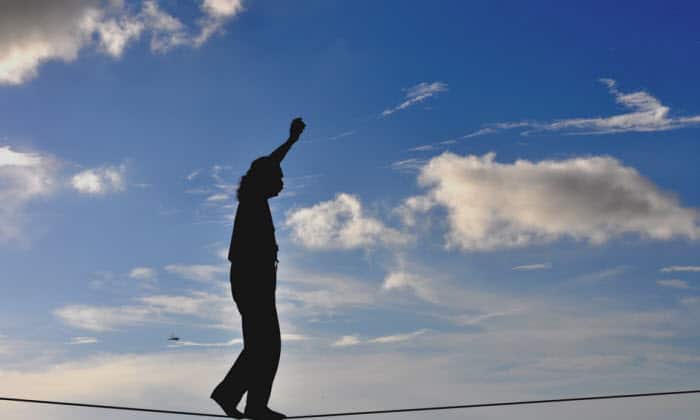 The most important single factor in shaping security markets is the public’s psychology. That was Gerald Loeb’s observation about how financial markets operate. And history has proven this assessment to be consistently true. What about now?

Although the broader bond market (NYSEARCA:AGG) is generally considered to be a more conservative place to invest versus stocks, there’s been a significant uptick in high risk behavior.

For the past 52-weeks conservative long-term U.S. Treasury debt (NYSEARCA:TLT) has easily outperformed less creditworthy corporate debt (NYSEARCA:JNK). TLT has blown away JNK by an incredible 23.6% over the past year, indicating the bond market’s preference has been for highly rated debt with low credit default risk. But things have changed. Big time.

The chart below shows how the dynamic of high risk corporate debt (NYSEARCA:HYG) outperforming relatively safer debt has taken over. Over the past month alone, JNK has outperformed TLT by almost 5%. Last week, JNK raked in $354.15 million and was among the top 10 ETFs with the highest inflows, according to Markit.

As Loeb correctly recognized, paying attention to the market’s sentiment or mood is crucial to understanding the dynamic behind price movements.

And judging by the recent surge in junk bonds (NYSEARCA:UJB), the bond market has now joined the stock market’s (NasdaqGM:QQQ) appetite for high risk assets. Will the reward outweigh the risk?