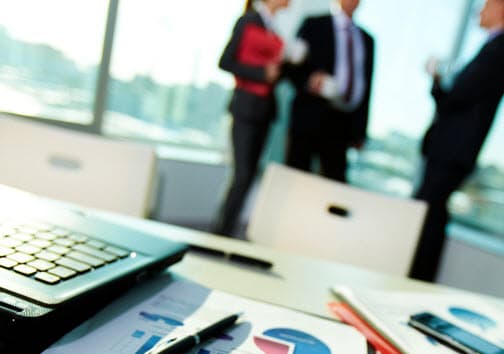 Should You Be 100% Invested in Stocks?

Investors should have 100% of their money invested in stocks! That’s what Laurence Fink, the chief executive officer at BlackRock declared in 2012.

While Fink’s advice looks smart (so far) over a highly compacted time frame of just two-years, there have been many periods throughout history when being 100% invested in stocks hasn’t looked so brilliant.

Fink’s super aggressive advice to always be fully invested is a generally accepted practice on Wall Street. One of the reasons is because BlackRock (the firm that employs Fink) – like other money management firms – gets paid based upon the assets it invests on behalf of its clients. Naturally, it’s a money manager’s innate bias that its clients or investors should be fully invested at all times because that equates to more fee revenue. However, that’s not what’s necessarily in the best interests of the investor.

In my latest video titled “Is Cash Really Trash” I discuss two principal reasons why cash (Nasdaq:FRTXX) still plays a valuable role within a person’s investment portfolio. Even though the 7-day yields on “top” money market funds (Nasdaq:VMMXX) are depressed (see table below), cash equivalents – no matter how insignificant their yield – still play a vital role.

Besides allowing investors greater financial flexibility, cash (Nasdaq:PRRXX) in a portfolio helps you to meet liquidity demands that arise, without incurring a tax consequence or being forced to sell portfolio holdings at an inopportune time.

For instance, an investor with a 100% fully invested stock portfolio will not always be in a situation when they can sell their stocks for a gain. That means if stocks are in a period of negative performance and the investor needs to increase his or her cash liquidity, they may be forced to sell their stock holdings at the worst possible time – when stocks are down. In contrast, an investor who purposely chooses to not be 100% fully invested is in a better situation when stock returns get bumpy.

Here’s another good reason to keep some cash in your portfolio: it’s a regular habit of the world’s greatest investors. One example is Warren Buffett’s Berkshire Hathaway (NYSE:BRK.A), which at the end of Q1 2014 had a war chest of almost $50 billion in cash. Buffett will use Berkshire’s large cash balance to buy stocks (NYSEARCA:DIA) and other assets that go on sale. The fully invested investor is not afforded that luxury.

None of this is a debate about which is the better asset class. It’s simply about prudent investing.

My latest video examines two key reasons why cash isn’t trash and why despite being the Rodney Dangerfield of asset classes, cash still merits respect.

What’s wrong with your investment portfolio? Ron DeLegge’s Portfolio Report Card examines all the important factors of your portfolio’s construction including taxes, fees, and risk. Find out how you’re really doing. Ron uses a simple grading system of A and B for passing, C for more work, and D through F as flunking scores. Is your portfolio smart enough to score an A? If it is, Ron pays you $100.