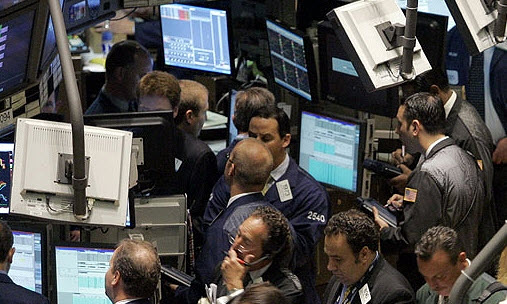 What Stock Market Sectors are Gaining the Most from Low Rates?

We can officially count 2014 as another bad year for Wall Street’s investment strategists.

Not only were they dead wrong about their prediction that interest rates would rise. They were also wrong about bond prices crashing. And 2014 isn’t yet over, yet with moxie and bravado, Wall Street is already predicting higher interest rates for 2015.

The Chief Strategists are now being interviewed and quoted with more velocity than another hapless Jack Cutler interception. Here’s a snapshot of the headlines:

Never mind the errant predictions. Which industry sectors have benefited most from the trend of lower rates?

Our chart below plots the Utilities Sector SPDR (NYSEARCA:XLU) versus the 10-year yield on U.S. Treasuries (ChicagoOptions:^TNX). You’ll note the 27% decline in the 10-year yield has been met with a corresponding surge in the price of utility stocks.  XLU contains a basket of 30 utilities within the S&P 500.

XLU is an ETF ticker symbol our readers should be familiar with because it’s been one of our best long trades for the year. In case you missed it, XLU is now up +26 year-to-date compared to the SPDR S&P 500’s (NYSEARCA:SPY) gain of around +13%.  Furthermore, XLU’s 12-month dividend yield of 3.24% is almost 50% higher!

REITs – also known as real estate investment trusts – (NYSEARCA:VNQ) have been huge winners too because of low rates.  VNQ have vaulted ahead by almost 30% YTD while the Direxion Daily Real Estate Bull 3x Shares (NYSEARCA:DRN) has soared around 106%.

While Wall Street predicts fire and brimstone, we look forward to collecting another delicious dividend from XLU at the end of this month.

If there was just one show tune that summed up Wall Street’s predictably bad advice, it would be the 1942 big band jam by Harry James and his Orchestra titled “I’ve Heard That Song Before.”