Why Do So Many Investors Self-Destruct?

“The investor’s chief problem—and even his worst enemy—is likely to be himself,” once quipped the great Benjamin Graham.

The truth of Graham’s observation is seen in the consistent pattern of mutual fund investors to self-destruct.

The underlying problem wasn’t the 1987 stock market crash (NYSEARCA:DIA), the 2000-2002 dot-com bursting (Nasdaq:QQQ),  the 2008-09 financial crisis (NYSEARCA:XLF), or poor economic conditions – but rather – investor misbehavior.  People chase historical performance, buy the wrong things at the wrong time, and have a knack for poor financial decision making.

Curiously, one of the main advantages of mutual fund investing is supposed to be professional money management by seasoned pros. But people have found a plethora of ways to mess up even that. 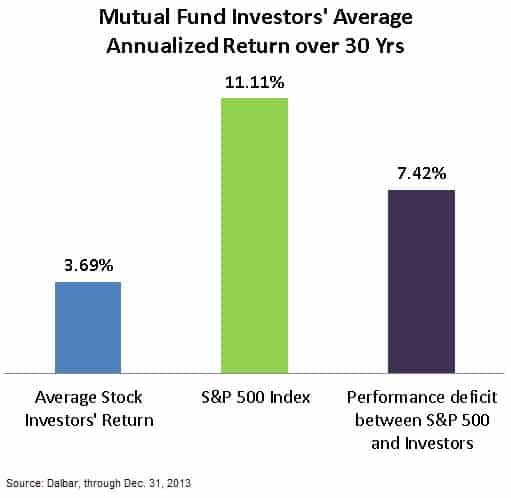 In a study conducted at the height of the dot-com frenzy, by professors Brad M. Barber and Terrance Odean, they found:

2.  Trading costs are high. The average round-trip trade in excess of $1,000 costs three percent in commissions and one percent in bid-ask spread.

I recently caught up with Terrance Odean, who continues his groundbreaking research about investors’ habits at the University of California at Berkeley. In my video interview with Odean, he talks about a 14-year study of Asian daytraders and how it relates to individual investors in the U.S. and elsewhere.