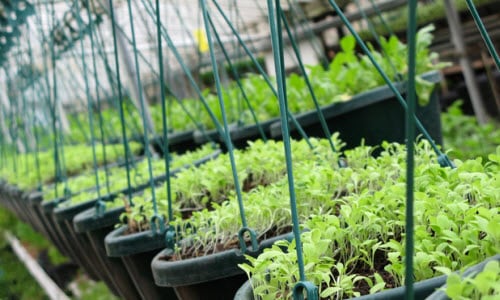 Should Your Portfolio Own Commodities?

Should your investment portfolio have exposure to commodities?

The problem with commodities (NYSEARCA:DBC) is that most of us don’t have storage space in the garage for a herd of cattle or pork bellies. And even if we did, it still wouldn’t give us diversified exposure to other important commodity sectors like agriculture, energy, and metals (NYSEARCA:GLTR).

It’s true commodities have significantly lagged the performance of U.S. stocks (NYSEARCA:SCHB) over the past several years. But that doesn’t diminish their importance.

In the context of a diversified portfolio with market exposure to domestic and developed market stocks (NYSEARCA:EFA), bonds (NYSEARCA:AGG), global treasury inflation protected securities (NYSEARCA:GTIP), and global real estate (NYSEARCA:RWO) – commodities have a definite place. Beyond offering low correlation to other types of assets, commodities can serve as an inflationary hedge. The chart above shows something we haven’t seen from commodities in quite a while; outperformance. You’ll note how the iShares S&P GSCI Commodity Index Fund (NYSEARCA:GSG) has beaten the total U.S. stock market over the past three months by almost 7%. Beef prices are at 30-year highs and coffee prices (NYSEARCA:JO) have soared because of droughts in South America.

GSG maintains exposure to 24 different commodities via futures contracts. One of GSG’s drawbacks is its  heavy exposure to energy commodities like crude oil and gas, which account for around 68% of the fund’s commodities exposure. In my video titled “2 Easy Ways to Get Exposure to Commodities” I examine two other commodity focused ETFs that offer investors a good opportunity to own commodities but in a more diversified way. When searching for core portfolio exposure to commodities, there’s no doubt that ETFs and similar product structures offer convenient and affordable access. But it’s important to understand that certain commodity ETFs are much less diversified than they appear. And if that’s not what you want in an ETF when trying to obtain broad exposure to commodities.

2 comments on “Should Your Portfolio Own Commodities?”